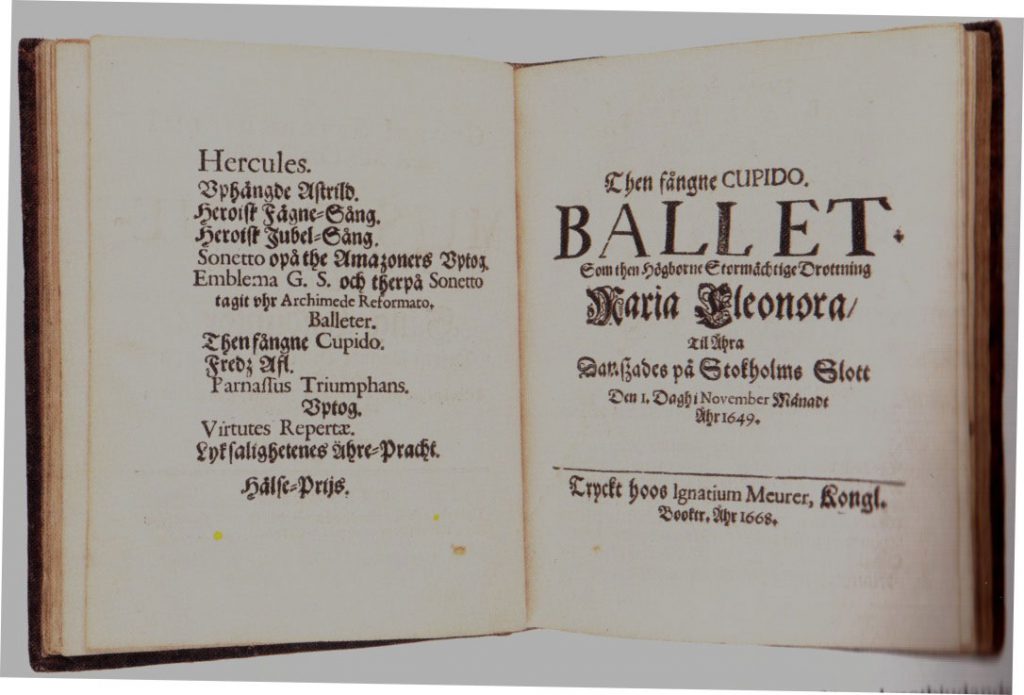 On September 4, we visited Skokloster Castle. First on the program were short presentations by Camilla Kandare and Stefano Fogelberg Rota about 1600s dance and Danish sources, as well as Christine’s headlines. Then Peter Bohlin from the Carina Ari Library showed a filming of the new interpretation of the Dutch Captivated Cupid from 1649, made by Mary Skeaping at the Drottningholm Theater in 1956, due to Elisabeth II’s city visit. Subsequently, members and castle visitors were invited to try some English country dances from the 17th century (according to Bulldozer Whitelock’s diary, these Christina’s favorite dances) and the day ended with a guided tour of this year’s exhibition “Practice and Power.”